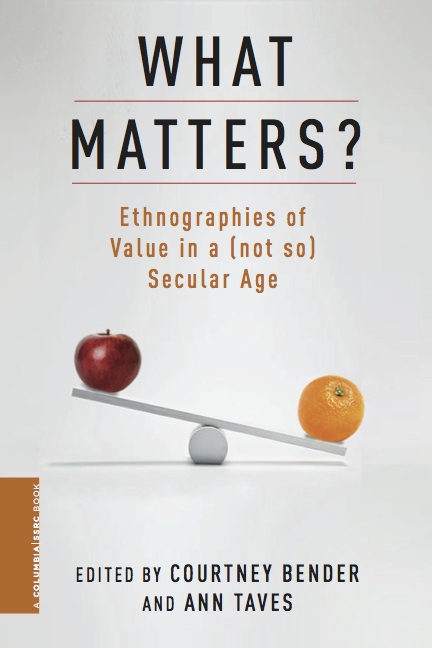 Ethnographies of Value in a [not so] Secular Age

“Scholarly discussions of religion have been increasingly unsettled about the meaning of such terms as secularization, secularity, secularist, and, for that matter, religion. Rather than arguing about the definitions of each term, Courtney Bender and Ann Taves move to transcend the religious secular binary, examining how these terms and their meanings are used in a range of cultural sites. They fill a void by moving beyond a theoretical discussion of what the terms mean, instead providing empirical evidence of how these terms are currently used.”

This edited volume calls attention to the shifting relations between religious, spiritual and secular formations. It is an outgrowth of conferences sponsored and hosted by the Social Science Research Council and the School for Advanced Research (Santa Fe).