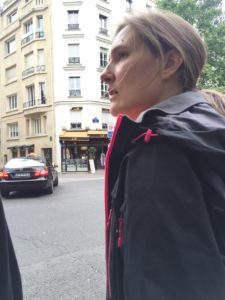 Courtney Bender is the Ada Byron Bampton Tremaine Professor in the Department of Religion at Columbia University. Her research and teaching focus on contemporary American religious life. A sociologist and ethnographer by training, her work focuses principally on the production and practice of religion, in order to better understand the contours and implications of religious concepts, ideas and actions in modern social life.

Bender is the author of the award-winning The New Metaphysicals: Spirituality and the American Religious Imagination­,  and Heaven’s Kitchen: Living Religion at God’s Love We Deliver, and has co-edited or contributed to volumes focused on the sociological study of religion, critical themes in religious studies, religious pluralism and secularism.